The US economy and financial markets are characterized by extreme concentration of money and power, which has corrupted the operations of our government.

The Supreme Court’s Citizens United ruling of 2010, which designated corporations as persons with a right to exercise “free speech” through their political contributions, opened the floodgates for improper influence of our elected officials.

The problem didn’t start a decade ago, but it has become progressively worse, as large corporations have used their political leverage to seek merger approvals, favorable tax treatment, subsidies and regulatory forbearance in order to cement their monopolistic positions. As a result, we are now trapped in a self-reinforcing dynamic of financial and political domination by wealthy business and political elites.

The antecedents are in many ways similar to what prevailed during the “Roaring Twenties,” when large business trusts dominated commerce, and capital absorbed a disproportionate share of the nation’s income. Following the Great Crash of 1929, the economy sank into a deep depression, which many attributed to the unequal distribution of resources that prevailed at the time. In the words of Federal Reserve Governor Marriner Eccles, who led that institution from 1934-1948:

“A giant suction pump had by 1929 to 1930 drawn into a few hands an increasing proportion of currently produced wealth. But by taking purchasing power out of the hands of mass consumers, the savers denied themselves the kind of effective demand for their products, which would justify reinvestment of the capital accumulation in new plants. In consequence, as in a poker game where the chips were concentrated in fewer and fewer hands, the other fellows could stay in the game only by borrowing. When the credit ran out, the game stopped.”

Over the past three decades, in virtually every sector of the economy, mergers and acquisitions have resulted in a consolidation of business, with most activity now in the hands of a few players (see Jonathan Tepper and Denise Hearn, The Myth of Capitalism and Matthew Stoller’s Goliath).

Even in areas such as agriculture, where there are a multitude of buyers and sellers, concentration among firms who serve as middlemen has created a chokehold on the pricing of inputs and outputs. “Oligopolistic competition” (an oxymoron if there ever was one!) results in higher prices of goods and services when there is a single dominant seller in a given market. Although less obvious to most people, narrow industry control can often result in lower prices and wages to suppliers and workers, who suffer from the effects of monopsony (a single buyer of a given product or service). Thomas Philippon of New York University has documented the higher prices of key services—cell phone service, health care, education, housing, etc.—in the United States vs. other countries, and attributed it to oligopoly (with political consequences akin to oligarchy).

The concentration of American industry is mirrored in the concentration of profits and returns in the nation’s financial markets, which has reached its apogee in the performance of leading US technology companies that dominate their respective markets. For example, five companies: Facebook, Amazon, Apple, Microsoft and Google together comprise 23% of the S&P 500 stock index, the highest ratio since the late 1960s. Even when their services are “free” or inexpensive to consumers, these companies flex their market muscle in ways that entrench control and drive out competitors, narrow the opportunities for workers and suppliers, resulting in higher social costs. Among those costs are the “externalization” of the environmental and social costs of extractive, low-wage business models, the crushing of innovative competitors, and the capture of our democratic system.

New business formation has plummeted, and many of those who have emerged are seeking to replicate Amazon’s monopolistic model, by setting prices below market in order to drive out competitors. Their losses are often funded by private investors who expect disproportionate rewards once their dominant industry position is established. Fortunately, its looks like many of them will not survive, since the underlying economics of their business do not reflect genuine innovation, real network effects and/or economies of scale. Uber, for example, self-driving cars, and the myriad delivery services who gouge restaurants and clients, nevertheless manage to lose too much money, for too long.

Less of this “rentier capitalism” would be happening if the economy were expanding at a healthy pace, and lifting all boats. Growth has been decelerating for three decades as a result of demographic changes, natural resource depletion and slower innovation. Against this backdrop, corporate behavior has assumed the aspects of a zero-sum game, with deleterious consequences for our democracy and society.

There are historical analogues to our current predicament, as described in Benjamin Friedman’s The Moral Consequences of Economic Growth) which alerts us to the need to ensure that our prosperity is widely shared. The recent and unfortunately-named CARES Act is emblematic of our ongoing failure to do so, as a majority of relief funds were channeled toward the financial industry and large business.

The best antidote to the problems of monopoly power and the corruption it fosters is decentralization. Establishing self-sufficient local communities with leaders who are held accountable by a well-informed populace is the best antidote to the concentration of economic and political control. The coronavirus has laid bare the naked sinews of power in this country, putting the lie to claims that our “essential workers” are truly valued by society; rather, they have been underpaid and left unprotected from the ravages of the disease. Indeed, many health care workers cannot themselves afford health insurance.

Our federal government has not only failed to prevent and mitigate the spread of disease—it has actively inhibited steps to protect the public, through misinformation and misappropriation of resources. However, here’s the good news: the virus has taught us that it doesn’t have to be this way. We’ve seen impressive self-organization by independent groups in Hong Kong (which has a low incidence of coronavirus cases and deaths) and among non-governmental organizations in the US who are securing and distributing essential PPE to workers. We’ve seen that remote work arrangements can be quite effective. We’ve enjoyed a reduction in pollution, and greater emphasis on community support and local action. Not least, we’ve seen the staggering risks associated with concentration in our supply chains—food, medicine and materiel—that will not soon be forgotten. There is an upwelling of support for self-reliance, mutual aid and local community activism that will, over time, lead us to a better place.

The folks at RealEconomy.org want to be at the forefront of helping us get to that better place. 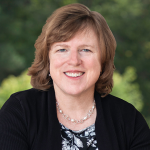 Karen and her husband Peter manage Crows’ Feat Farm, a cooperative permaculture farm based in Kensington, New Hampshire. Her long-term goal is to develop a collaborative farming and teaching model that can be used to demonstrate the potential for regenerative agriculture on a large scale. Karen's background is in finance and economics. She is the founder and Chief Executive of Paladin Advisors, a Registered Investment Advisor (RIA). In 2015 she launched Wealth of Wisdom, a non-profit group whose mission is to disseminate DIY financial skills in a in a small-group setting. A decade earlier, Karen was a portfolio manager at the Harvard University endowment and held senior investment positions throughout the industry. Karen holds a Ph.D. in economics from Stanford University and an A.B. in economics and public policy from Princeton. She has been active in the hospice movement and founded the hospice choral group, Journey Song. 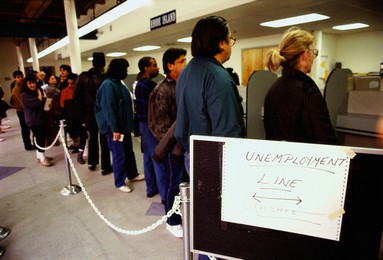 1 thought on “Corruption and Oligopoly: How it Affects our Economy”